Burger King gets into the dog bone biz

Welcome to the latest edition of Marketer's Brief, a quick take on marketing news, moves and trends from Ad Age's reporters and editors. Send tips/suggestions to [email protected]

The Washington Post has a new (and it's first-ever) chief marketing officer. Find out about that, and some other key marketing hires below in our Comings and Goings section. But first, something that will make Fido smile.

Delivery has gone to the dogs

Seemingly every restaurant chain has delivery on its own or through third parties these days. Burger King has come up with a new way to try to stand out. 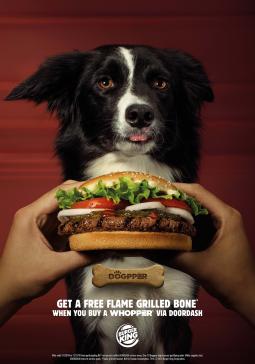 The Dogpper, a play off the Whopper, is a bone-shaped treat with a flame-grilled taste, according to BK. But it's not for human consumption. People can get them for free to give to their pooches if they order a Whopper for themselves. The offer is only available through DoorDash, not in BK restaurants.

The trend of bargain days bleeding beyond Black Friday continued this year with many retailers offering deals aplenty. Yet some discounts appeared to be not the result of strategic planning but instead a consequence of technical ineptitude. J. Crew and Shutterfly both sent sorry notes, apologizing for Cyber Monday glitches and extending their sales into Tuesday, to customers. "Thank you for your patience—we know some of you have experienced some ongoing technical difficulties with the website this past weekend," read a missive from J. Crew, which recently parted ways with both its CEO and CMO.

Previous years have seen plenty of crashes on Cyber Monday as legacy brands struggled to get their ecommerce sites in working order. But such glitches are currently less acceptable in today's tech savvy environment, according to experts. "A tragedy this holiday season is a website that goes down," says Brigitte Majewski, an analyst at Forrester Research. "In 2018, that's inexcusable." Ouch. 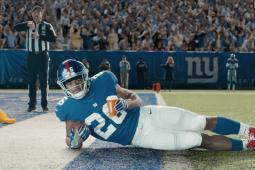 Dunkin' is already the official coffee of the New York Giants. Now it has scored a partnership deal with rookie running back Saquon Barkley covering the New York metro area, Dunkin' has more than 1,800 restaurants. The one-year campaign kicks off with videos in which Barkley, wearing Giants gear, promotes Dunkin's recently updated espresso. Barkley follows in the footsteps of fellow Giants player Odell Beckham Jr. and New England Patriots star Rob Gronkowski, who have promoted Dunkin' in past campaigns.\

Would you buy this? 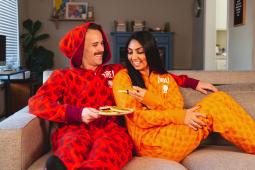 Taco Bell is selling holiday gifts including onesies inspired by its hot sauce packets ($78) and chain-themed ugly sweaters ($59) made in collaboration with online retailer Tipsy Elves.

Number of the Week

1 billion: How many consumer profiles Procter & Gamble Co. has in its data management platforms worldwide, Chief Brand Officer Marc Pritchard said earlier this month at the company's Investor Day. It represents 13 percent of the world's 7.7 billion people and is well ahead of U.S.-focused rival Clorox Co.'s goal of hitting 100 million people in its database. (The U.S. has about 325 million people and 126 million households.)

Miki King has been promoted as the Washington Post's first-ever CMO and will directly report to publisher and CEO Fred Ryan. She was previously VP of digital marketing at the Post, where she significantly grew the storied publication's subscriber base. A memo sent to Post staff Tuesday says the company will consolidate much of its marketing efforts, with King at the helm. New national marketing campaigns are likely also underway, but further details weren't available.

Saucony has a new chief marketing officer in Don Lane, who joined the Wolverine Worldwide-owned sportswear brand earlier this week. Lane was formerly senior VP of brand and creative at Boston-based DraftKings. He's tasked with furthering Saucony's direct-to-consumer and branding initiatives on a global level.

Quotient Technology, which owns such packaged-goods-focused media and promotional marketing properties as Coupons.com and influencer-marketing network Ahalogy, has added former Procter & Gamble Co. Chairman-CEO Bob McDonald to its board. McDonald, who also headed the Veterans Administration during the home stretch of the Obama administration, also serves on the board of RallyPoint, an online network for veterans and active military personnel; plastics producer Audia Group; the Institute for Veterans and Military Families and the Partnership for Public Service.

WHAT TO READ NEXT

What marketers can learn from previous economic downturns

How to succeed with influencers: Brand Playbook